Time has been fair to some Japanese warriors of the golden age, carrying their legends to our present days. Be that as it may, some of them have been swept beneath the sands of time. That, however, does not mean that they were less glorious. These types of Japanese warriors were forged in a fire of bravery, honor, and dedication to serving the powers that were. Japanese warriors excelled in various fighting techniques

Today, everyone is familiar with Samurai warriors and Ninjas. However, there are additional types of Japanese warriors, that ranged from pirate soldiers to monk soldiers. Each of these groups had their own version of battle principles and fighting techniques. 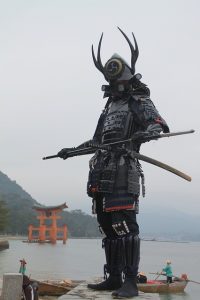 Their story is quite familiar today and their swords very much alive and still awe-striking. The samurai warriors were known for discipline and elite fighting skills. When they were not in battle, the Samurai served as bodyguards to nobility. Over time, their fighting skills became more formidable, powered by the special blades named after them.

Wokou warriors lived on the coastlines and served under the coastal feudal lords. This group of warriors was popular around the 13th century. The wealthy feudal lords used the Wokou pirates to achieve their agendas and ‘foreign’ missions’ on Chinese and Korean vessels.

Ashigaru soldiers served under the Samurais in the medieval centuries. The highly trained Samurais were few in numbers, and therefore they needed reinforcements to win wars. In the place of a national army, the Samurais, thus, led the Ashigaru foot soldiers. Think of them as mercenaries with limited fighting skills. They played a vital role in the battles where the other side had intimidating large numbers of fighters. 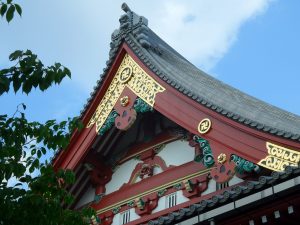 The Sohei were Buddhist warrior monks in ancient Japan. They had a battle principle rooted in both bravery and enlightenment. The masters trained recruits in monasteries, equipping them with unmatched battle skills.

With the constant warring in feudal Japan, the monks were responsible for their protection. These fighters also often took fighting missions for honorable causes. Through time, however, they become full-time warriors who wielded similar weapons as the Samurai. The Sohei’s special weapon of choice was a long pole with blades on both ends for long range combat.

If you thought the monk warriors were religious; then you haven’t heard about the Yamabushi. These warriors resided in the mountains, separating themselves from all forms worldly pleasures. Legend has it that the Yamabushi possessed supernatural powers which they often unleashed in high stake battles.

In addition to their mystique and religious way of life, the Yamabushi excelled in close combat. Like the Samurai, the Yamabushi also wielded unique swords and wore body armor. They were famed for martial arts.

There were many diverse types of Japanese warriors in the ancient ages. Some high school clubs can go more in-depth about Japanese warriors and their history. They all came with a different set of skills, battle principles, and general life beliefs. The Ashigaru warriors were battle fillers hired when enemy numbers were high. The Wokou served the interests of coastal lords in ancient Japan, while the Samurais were elite soldiers who also served as bodyguards to nobles. There were also religious warriors including the Sohei monk warriors and the Yamabushi.