Are you looking for ways on how to make softened water drinkable? Many people wonder whether it is advisable to drink softened water. It is healthy, considering that the process of softening water reduces high amounts of calcium and magnesium to healthy levels. There are several ways water can be softened. You can add sodium ions which will replace the hard minerals in water, or go for reverse osmosis. In the reverse osmosis process, the technology leads to the removal of hard minerals in the water. Some of the ways you can soften water include the following:

This process is referred to as sodium ion exchange. It works in such a way that it introduces small amounts of sodium into the water. 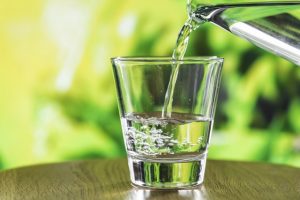 There is a difference between the sodium ions which are added and the table salt. Table salt consists of 40% sodium and the rest is chloride. Sodium is not considered a risk when added to water because it has several health benefits to the body. You can add sodium in your hard water to make them soft.

Another option you can explore to keep drinking water soft is through the use of a reverse osmosis water filter. The filter has an built in mechanism which works well in removing excess hard salts from the water. If you can apply the filtration system, it will work very well in helping you remove the hard minerals.

Is Softened Water Safe to Drink?

Softened water is safe to drink because it complies with all water regulations. The addition of sodium or removal of calcium and magnesium aims at making the water achieve a level which will not compromise the quality of drinking water. In comparison to hard water that contains many minerals that has been said to cause health issues such as kidney stones and whatnot, softened water is a safer alternative.

There are also cases where you may not be allowed to drink softened water. They include the two cases:

In the Formation of Infant Formula Powders

If you are trying to mix infant formula powder, then you should not use softened water. The softened water can lead to interfering with the nutritional balance of the infant.

If You Have Been Prescribed to a Low Sodium Diet

If you have been prescribed by a doctor to a low sodium diet, then you should not drink softened water. In the process of softening the water, more sodium can be added to the solution which will lead to more sodium than your recommended levels.

Are you looking for ways on how to make softened water drinkable? The above are among the tips you can apply to make hard water soft. The two methods include either adding sodium ions or installing a reverse osmosis system into your home.